The only real way to become a TV Presenter is to make a TV showreel.
and show the world what you can do!

Our personalised Showreels begin at £350 (no vat to pay) We'll decide together the kind of demo to film up to 5 mins. What TV companies want to see is your ability in front of the camera and whether you can also write simple effect links. They'll want more than a face in front of the camera. With Telly Faces you'll also get up to 5 hours TV Presenter training from a BBC trained Director. Simple as that, arrange a date and then start. Film on location OR in our Green Screen studio so any location you like!

Your personalised TV Presenter Showreel offers you the chance to submit your TV Showreel to production companies etc. In the studio or on location put your creative juices into action with Telly Faces. Your showreel demo can run up to 5 mins.

Only in a showreel will they see your personality and creative presenting skills. Price includes up to 5 hours training, filming and editing of your TV showreel for showing the world what you can do. We also create indie film features too & video editing.

Come film in our TV Studio with Green Screen to film all kinds of demos from Weather to QVC showreels.


See our continued successes. Telly Faces trainee Lisa Palmer presents on ITV's 'This Morning' show and also on Channel 5. Lisa Palmer is a super TV presenter and looking great for the future.

Telly Faces creates TV presenter showreel demos for people who want to break into TV presentation or who have a TV idea they want to demonstrate in TV form. Why is Telly Faces better ? Because we offer a real personal experience 1 to 1 with quality TV showreel production and direction. All presenter showreels are unique in their content.

Your TV demo will never look like anyone else's. Our quality service is for people who simply think they have something to offer. Prior to the agreed film & training day, we'll liaise on the subject matter and preparations required by you.

Rod has worked as both a TV National Producer for the BBC & Canadian Broadcasting Corporation (CBC TV) . He's produced programmes of all kinds for BBC & commercials sectors with with National TV reporters and journalists both in studio and locations some including war zones.

We'll show you what you can expect on film shoots and above all your Telly Faces Director will draw out your Unique Selling Point (USP) This is crucial for success. TV Presenter Training with Telly Faces.

Having a pretty face won't make you a TV presenter, you'll need other talents too, including personality. Because TV presenting requires much personal skill we don't think it can be taught as a "group session" so all we do is one to one under the coaching skills of Rod Lucas. 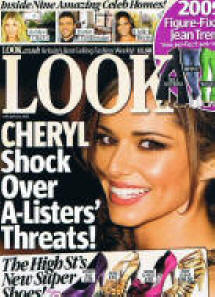 Your completed TV Presenter showreel will take on the appearance of a TV feature item you might see on lifestyle shows like The One Show on BBC 1. Your personalised showreel will highlight your flair to add warmth, personality, style and reporting abilities plus 1 to 1 communication skills with a camera. All 1 to 1 TV presenter coaching with Rod, the camera and you.